Don’t get me wrong, the day I graduated college I cried hysterically. I was so afraid of what was to come next. I had no job, no money, no direction, just a stupid piece of paper that said I studied enough, in between drinking and sleeping, to do well in college to make the requirements – mind you, I didn’t receive the stupid piece of paper until a month and a half afterwards.

But I believed in fate, I knew God had a plan, whatever it may be and that I had to do whatever I could to make sure that the plan came to be, but couldn’t rush anything. So I did.

The last week of May and all of June was spent sending out resume’s, annoying recruiters, and researching companies, none of which helped me with anything.

But I figured, if I tried hard enough something would give.

On Tuesday, June 25th, while I was working my butt off in what felt like 110 degree weather at NYC’s West Side Boat Basin I got an email from the Director of National Sales at the company I currently work for. She asked if I’d like to come in for an interview the very next day because she wanted to finish reviewing the applicants. Of course I said yes and then got drunk to calm the nerves.

At about 12:30am I left the upper west side on Manhattan, the Saveur Summer BBQ finally finished and cleaned up, got home and passed out.

The next morning I drove into work wearing a black dress since she told me not to wear a suit because of the ridiculous heat. I walked into the building and fell in love. First of all, it was the building used in the superman movie with Christopher Reeve. Not only is that totally cool, but there is a giant globe in the center of the lobby. AND there are also markers noting the distance that exact spot is from cities all over the world. It was perfect. I spoke to the security guard, got a visitor’s pass (which is now pinned to the wall of my cubicle) and took the elevator up to the 4th floor. There I met the director, said my hellos, and followed her into her office. Everything was so cool, I was in shock, and barely spoke as she told me all the job would entail. After we discussed the job a bit, she went to get the Account Director I would be working for. He was very nice and again we discussed the job. He also asked about my resume, which I was very happy to talk about, given all the practice I had had in recent weeks.

A day later I was offered the job and almost cried.

I started July 15th and have yet to look back.

My job is pretty cool; I like who I work with and I enjoy what I do. Obviously, sometimes its a giant pain in the butt and I stress over silly ridiculous things.

But like I said, being an adult has its perks, and they make all the stress worth it.

Today was the first day my direct deposit worked. That means no more physical checks, which makes money come in wayyy faster.

I also went to lunch with my account director, account planner and people from an agency we work with. I am so insanely full I can barely move. But it was free and delicious and I was out of the office from 12 until 3:30.

I enjoy life. If someone would have told me 6 months ago that I would be this happy after graduating college I would never have believed them. But here I am, giant smile and full belly to prove it.

Here’s to the weekend! 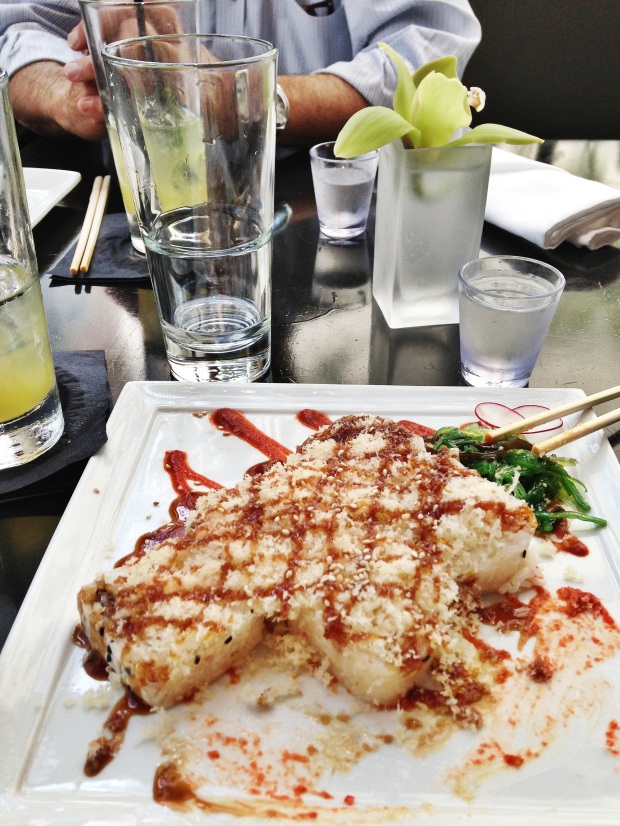